The tamarack tree is a unique, one-of-a-kind conifer, but is tamarack good firewood?

Have you ever noticed a yellow-looking pine tree on the side of the road during the fall season?

Is this needleless conifer a dying tree?

Surprisingly no, it's actually a tamarack tree and chances are it's perfectly healthy.

As winter approaches and you consider the best firewood to use in your wood stove or fireplace, tamarack (also referred to as larch) is definitely a choice to consider.

The handsome tamarack tree is great for building, burning, and decorating. 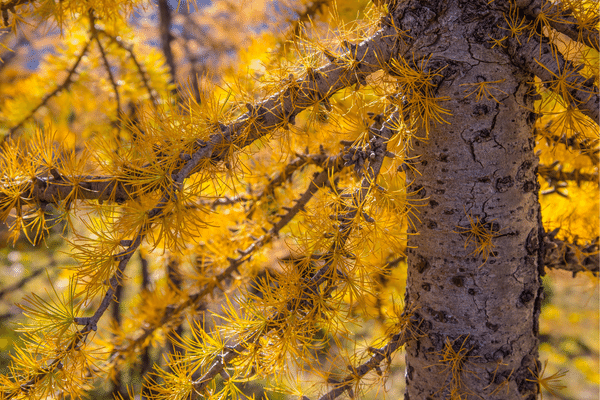 The dense tree creates a long satisfying burn, making it perfect for heating your home or creating a beautiful bonfire.

In this article, we’re going to identify the characteristics and history of the tamarack tree, as well as how to split and season the wood so it's safe and enjoyable to use in your next fire.

The tamarack tree, also referred to as the Larix Laricina, is a cold thriving conifer capable of withstanding temperatures down to -85 degrees Fahrenheit.

In fact, it's the only deciduous conifer in the northeastern region of North America.

The tamarack is part of the Pinaceae family, and you’re probably wondering how a conifer tree can be deciduous?

There are actually 20 species in the world that are both coniferous and deciduous. 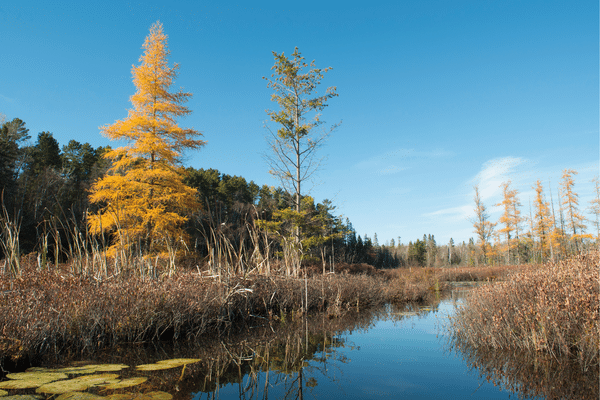 This means the tree has needles, like a pine or spruce tree, but the needles turn color and fall off in the fall.

Like many other conifer trees, you can find tamarack near bodies of water, where the ground is moist.

Plus, you’ll need to go to the northern parts of the world, where there are four seasons.

Tamarack is located in almost every area of Canada, as well as the northwestern and northeastern United States.

When searching for tamarack, be sure to look for other trees that like to grow in the same environment.

For example, birch, ash, and oak all grow in similar conditions.

Once you find one, there’s a good chance you’ll find them all.

What Is Tamarack Good For?

Since tamarack loves to thrive in wetland conditions, this tree is fantastic for waterproofing and activities where the material needs to withstand water.

The tree is nearly rot-proof and grows really straight, making it perfect to use for roofing and other general construction.

One of the first woods used as roofing shingles, this tree truly is waterproof.

Since it does so well with water, it creates great material to use for a boat canopy, patio furniture, flooring, decking, paneling, fence posts, pickets, and bridge structuring.

If you need wood to withstand the elements and last a long time, tamarack is what you’re looking for.

Is Tamarack A Hardwood Or Softwood Tree?

Since this tree is great for outdoor materials and combatting rot, you would think it's a hardwood, right?

Tamarack is actually classified as a softwood, but it's one of the densest softwoods on the spectrum. 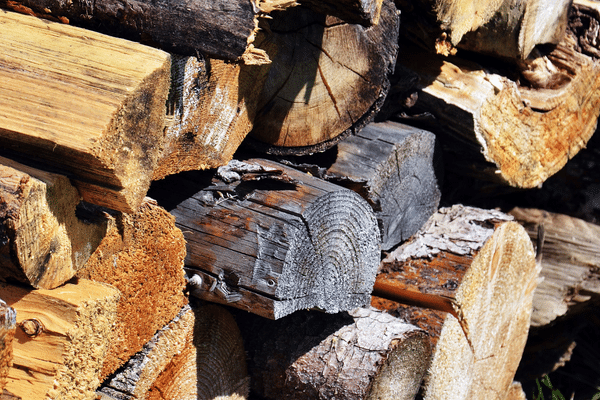 The inside of the wood is a beautiful silvery-white.

It's a very light-colored softwood, that I would call handsome.

The building qualities of this wood are superb.

The structural integrity, elasticity, and stability truly make this wood a builder's favorite.

Considering tamarack doesn't need to be treated, it’s also quite a bit cheaper to purchase.

We’ve discussed the facts and appearance of the tamarack tree, but let’s get into why you should add some tamarack to your wood rack or firewood shed.

After all, the tree makes great firewood, but why?

For starters, tamarack creates around 21.8 million BTUs per cord, which is plenty of heat to keep your home nice and warm.

However, tamarack firewood does have the reputation of popping and spitting sparks, especially if the wood isn't properly seasoned. 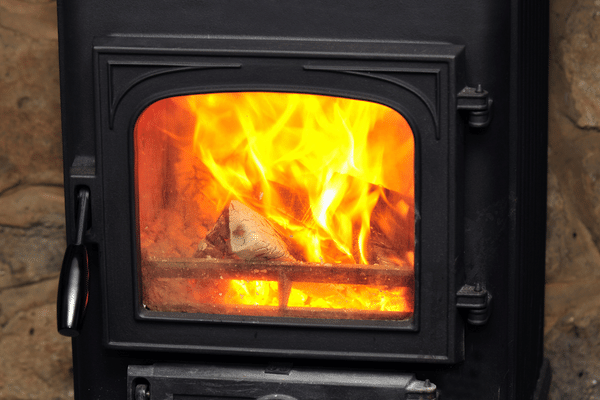 This comes from the fact that there's a high concentration of sap in conifer trees.

So to combat the sparks and reduce the possibility of creosote in your chimney, you should only burn dry, seasoned tamarack.

The tamarack tree is quite dense.....and with density comes weight.

However, tamarack is considered to be a small to medium sized tree growing roughly 50-75 feet tall on average, with a narrow truck.

The tree isn't huge, so carrying cut rounds of tamarack shouldn't be a struggle.

Per cord, seasoned tamarack firewood weighs 3271 pounds, and when wet it weighs 3,995 pounds.

Is tamarack good firewood to split?

The relatively small rounds from the tree are easy to maneuver and simple spit.

A maul or splitting axe like the Fiskars X27 works great for splitting tamarack without wearing you out.

When stacking tamarack there shouldn’t be any issue, just be sure to wear gloves to avoid the resin.

When trees have a high resin content, such as conifer trees, you’ll want to use extra caution when burning them, so you don't build a fire that creates a lot of creosote.

As far back as I can remember, I've been told to never put pine in a fireplace or wood stove.

It's a common belief that the high resin content creates a high creosote buildup, leading to chimney fires.

As time and personal research have gone on, this once common opinion really isn't true.

Sure, when burning a pine species (or any other type of firewood), you need to be extremely cautious of creosote buildup.

But if you regularly clean your chimney, season your wood properly, and burn other woods together, you won't have any issues burning tamarack firewood inside a wood stove or fireplace.

Remember, it's the moisture content inside firewood that's the main factor in creating creosote. 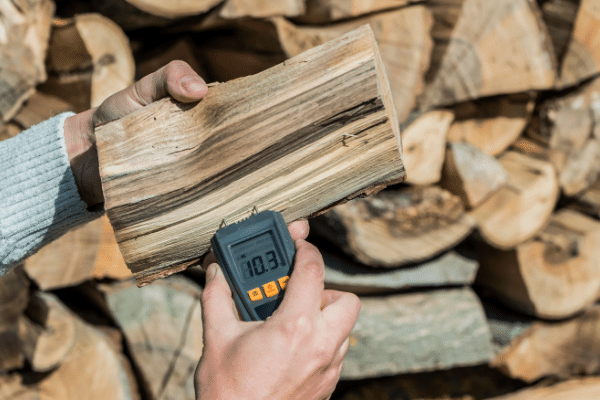 Wet firewood burns at a really low temperature because it smokes and sizzles, creating a lot of smoke and unburned particles which adhere to the inside of your chimney.

When properly seasoned, the resin and moisture inside tamarack dries out, creating a hot fire that produces a very small amount of smoke.

How long does it take tamarack firewood to season?

On average 6-12 months will be long enough.

But remember, like all Pinaceae species there's a high resin content inside, so I like to wait the full 12 months to be on the safe side.

One of my favorite firewood smells comes from tamarack firewood.

A very sweet pleasant smell, that reminds me of the holiday season.

After discussing the tamarack tree, we’ve identified its great qualities.

It’s a strong, dense softwood, that is almost waterproof.

It has a high heat output, doesn't weigh a ton, and seasons rather quickly.

So, is tamarack good firewood to use in your wood stove or fire pit this year?