Making your own cinder block firewood rack is an easy and cost effective way to store firewood outside.

What makes this DIY firewood rack so unique is that it's simple to assemble and it doesn't require any tools, other than a saw to cut the vertical 2x4's in half, but you could easily use your chainsaw for that!

Proper firewood storage is essential to season the wood.

You can't just throw your firewood in a pile and expect it to be dry in a few months. 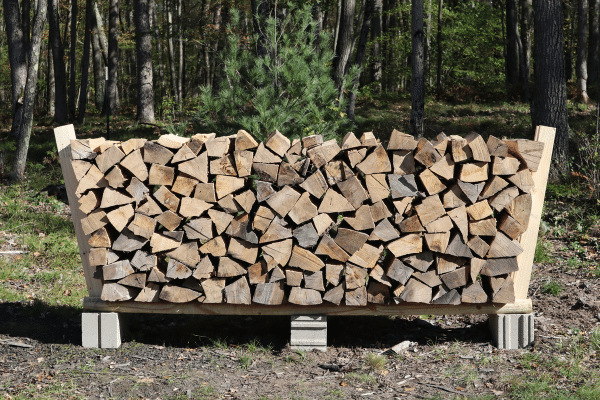 It needs to be elevated and exposed to the summer sun and wind which will help remove the moisture from the wood, allowing it to season.

Seasoned firewood burns hotter, cleaner and is much easier to light compared to wet firewood.

Are you ready to build a simple and portable firewood rack in about 20 minutes?

Great, let's take a closer look at the process!

The materials will cost around $25 total, making this one of the cheapest and easiest firewood racks you can build.

Plus, I like it because you can easily disassemble it if needed and move it to a new location. 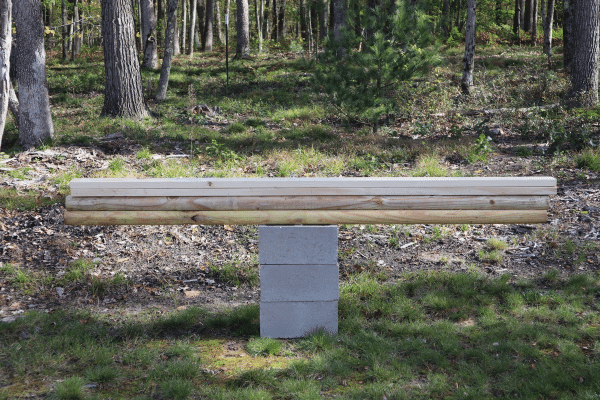 Start by laying out the three cinder blocks on a level portion of land.

I spaced the middle cinder block evenly at 4' between the two end cinder blocks which were 8' apart.

Making sure the cinder block firewood rack is level is important to prevent the rack from tipping over after it's fully loaded with wood.

After the blocks are level, you can lay the treated landscape timbers across.

They're plenty strong enough, so there's no reason to spend extra money on the larger posts. 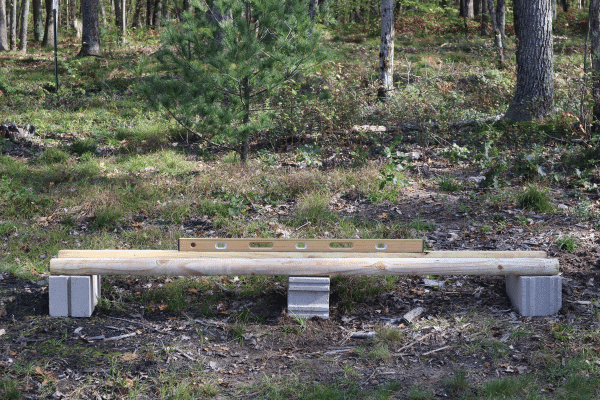 Once the blocks are level and the base is formed, take the two 10' long treated 2x4's and cut them in half.

This will create four 5' long pieces of 2x4 that you will use for the end uprights.

You could use 8' long 2x4's if you wanted, but since the cinder blocks are 8 inches deep and the landscape timbers are about 3 inches deep, you actually loose almost a foot of stacking length on the 2x4's.

So, in order to make a 4 foot tall firewood stack, cutting the end supports at 5' is the best option in my opinion. 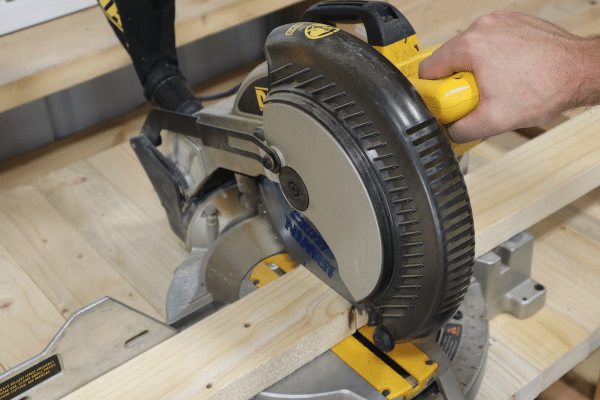 Below is an image of the completed firewood rack that took me roughly 20 minutes to build.

I could probably build one even quicker if the ground was level from the start, however, I had to take a shovel and scrape away some dirt in order for the blocks to line up with each other. 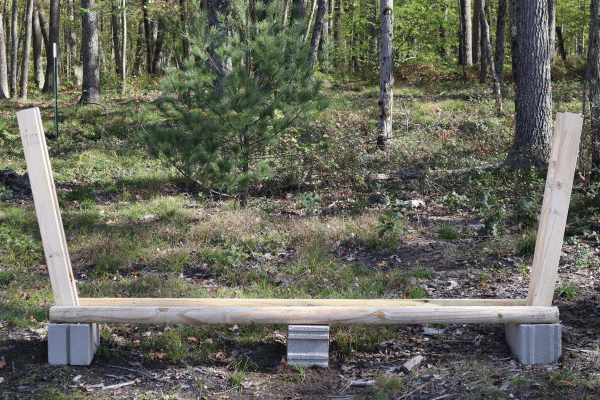 Here's a closer view of the uprights.

Notice how the landscape timbers are moved in a little bit from the outside edge?

This allows the 2x4 uprights to rest against them and it creates less "slop" inside the cinder block holes. 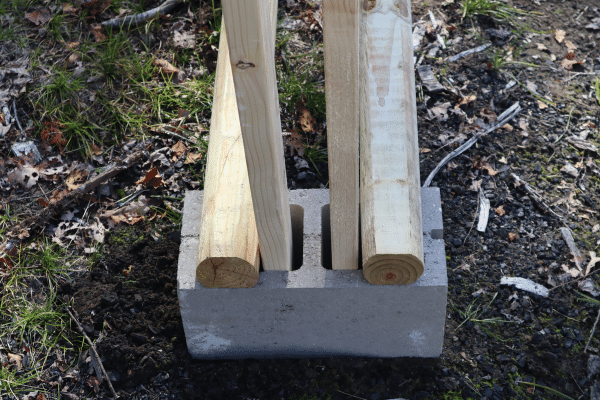 And finally a completed photo of the cinder block firewood rack filled with ash firewood.

You could make the firewood rack even longer if you wanted, you would just need to lay a couple of landscape timbers end to end.

I would not stack the wood any higher than 4 feet tall though since the firewood stack could become unstable if it's too tall.

I always like to cover my firewood to protect it from rain and snow.

A tarp strapped over the top third portion of the firewood works perfectly to season the wood.

Remember, you never want to cover the entire stack of firewood with a tarp because it will trap all of the moisture inside and cause the wood to mold. 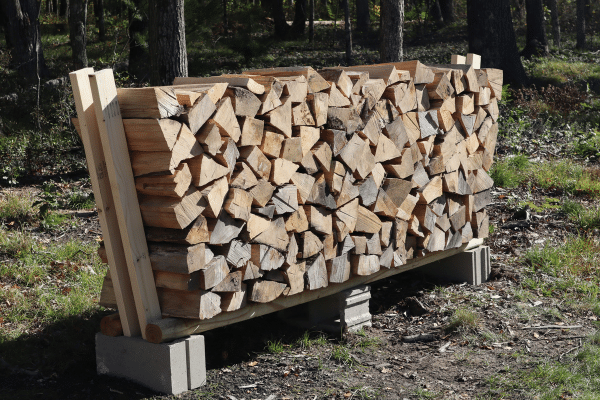 I've built a lot of different homemade firewood racks throughout the years and this cinder block firewood rack is by far the easiest way build one.

It's very sturdy and elevates the wood off the ground to prevent the wood from soaking up ground moisture and it reduces the possibility of insects invading your firewood.

I was a little concerned that since no screws were used to hold the uprights or base supports together that they might shift, or move around.

They don't move at all!

The weight of the firewood keeps all of the supports firmly in place.

If you need a cheap, easy firewood rack to hold your firewood, this is the perfect solution.