You take a look at your woodpile and ask, is birch good firewood?

It’s always exciting to light up the fire pit on a chilly evening and enjoy a night of fun around the campfire.

However, one thing that you don’t want to deal with is a smoky fire that needs constant upkeep.

Let’s take a look at birch and why it’s a favorite choice of wood to use around the campsite.

While each type of birch has slightly different properties, most birch firewood acts and behaves in the same way. 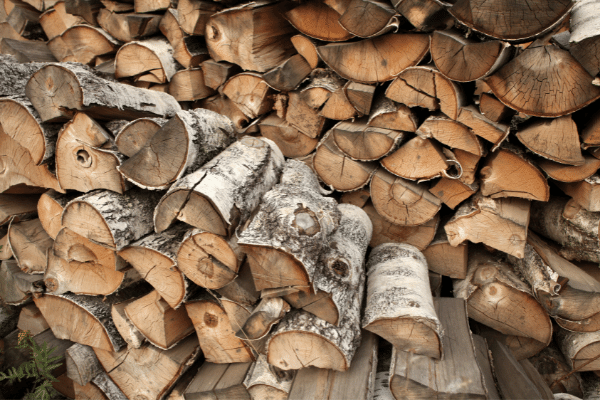 Birch is a hardwood, which is ideal for heat production.

Depending on the species of birch, it will put out on average about 20.8 BTUs of heat per cord of wood.

Birch will burn steadily at around 250-300 degrees.

However, birch does burn quickly, and you will need to replenish the wood faster than other hardwoods.

Mixing birch with other woods such as oak or elm can help maximize the burning time.

Birch burns bright, which is lovely for your campsite.

It also has a unique and pleasant wintergreen aroma that most enjoy.

However, some say grey birch can be overpowering like incense, but if you are burning birch outside, that may not bother you as much.

Birch trees grow very straight with few branches, which is ideal for cutting down trees for firewood.

Once felled, a 14-inch saw should be large enough to cut through these small diameter trunks.

The wood of birch can be stringy, but the lack of knots in the grain make it easy to cut and split.

When felling, be careful that your birch tree does not get tangled in any others since they commonly grow in close groups to each other. 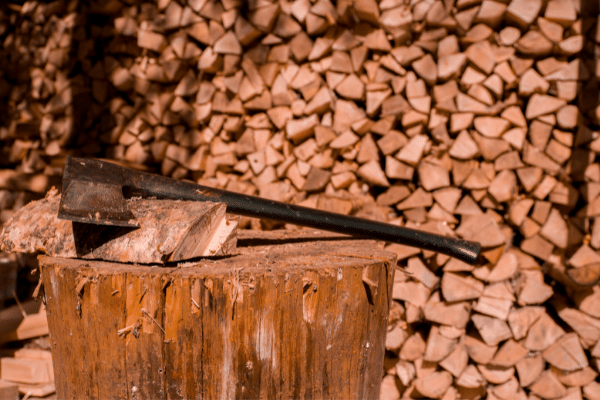 This mistake is easy to make with birch trees.

Birch sap is not messy compared to cutting pine trees.

Relatively, birch has an average amount of sap compared to other firewood.

The sap of birch is sweet, and you can even tap the trees in the spring!

Is Birch Good Firewood - Different Types Of Wood To Burn

There are over 15 different species of birch in the United States alone and over 50 species worldwide.

Birch is part of the Betulaceae family, which includes alders and hazels and is closely related to the Beech-Oak family.

Below are the four most common types of birch used for firewood.

Found in the northeast states, grey birch has one of the most pungent smells while burning.

Most often, grey birch trees are planted for landscaping.

Found in the Appalachian Mountains, yellow birch has a high sap content related to other types of birch trees.

The large amount of sap causes the cut wood to take longer to dry and season. 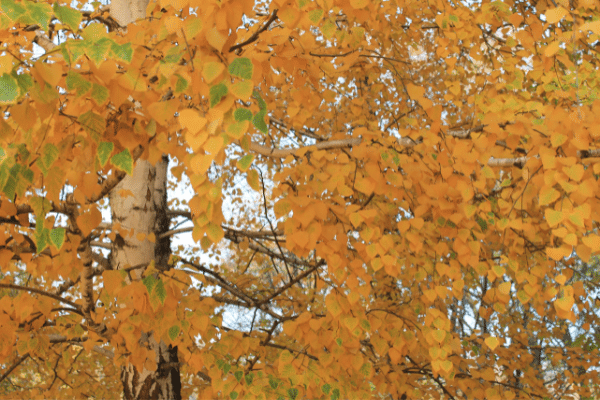 However, yellow birch is a second favorite to black birch due to its highly dense inner bark.

Yellow birch is the most common of the birch family to be made into furniture.

Found in far northern states and Canada, white birch, which is easily identifiable by its white, paper-like bark, doesn’t burn as hot as other birch types.

However, the white bark does make a fantastic fire starter once dry.

Black birch is found in the eastern portion of the United States.

Because black birch has the densest and most fibrous wood, it burns the longest of the birch varieties. 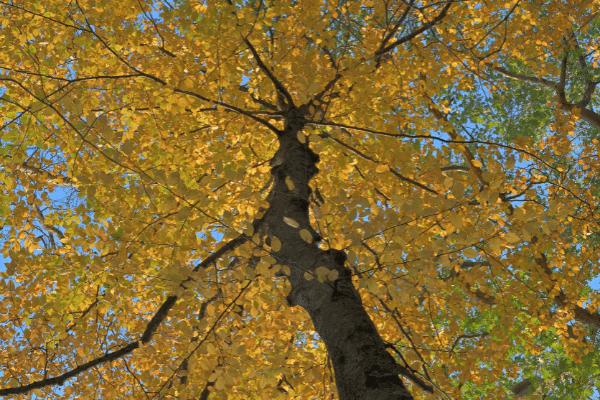 Black birch is the one to choose if you have a choice.

Cherry birch, sweet birch, and mountain mahogany are all names for black birch.

Black birch is among the highest qualities of wood to burn for campfires, fire pits, house stoves, and fireplaces.

Birchwood rots easily and quickly, so split and stack your birch firewood soon after cutting it.

Because birch bark is watertight, quickly splitting your firewood is imperative.

Keeping your birch logs in the round will create rot.

If you need to store your birch before splitting and stacking it, score the bark of the wood and keep it elevated, with good airflow.

Because birch has a higher moisture content than typical hardwoods, make sure to split your wood into small triangles or planks.

Once properly stacked, with plenty of airflow and cut ends exposed, birch will season quickly. 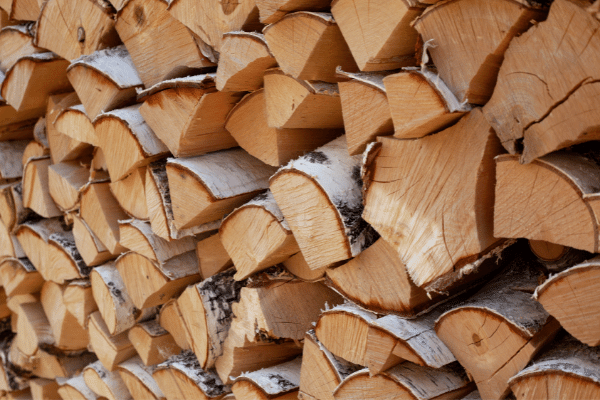 Do not stack your birch firewood on the ground, as it is more susceptible to rot, mold and decay.

Always cover your firewood to protect it from the outside elements.

When seasoned well, birch will burn great and not create too many sparks, and not a lot of smoke.

Unseasoned birch, or green wood, will create creosote - or the coating found inside chimneys.

Creosote from birch is quite intense, and green birch will burn with lots of black smoke.

With proper seasoning, birch will make the same amount of creosote as other hardwoods.

Pros And Cons Of Birch Wood

It is easy to deal with and easily found in most of the United States. 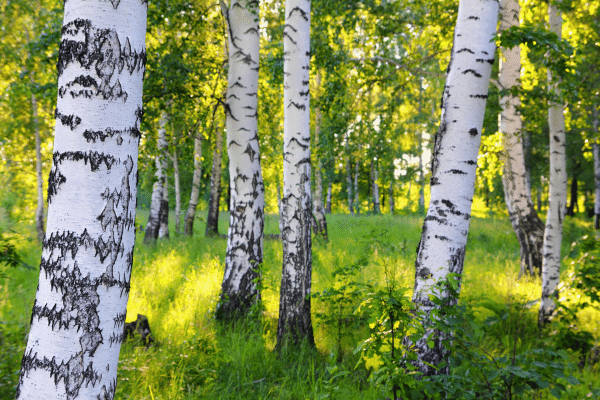 White birch bark, in particular, is durable and waterproof.

Birch has a deep history of being used for canoes, teas, and healing remedies.

Birch is great for smoking meats, specifically pork and poultry.

Birch is also great for cooking over a fire.

The wood creates a fire that's easy to control and great for making smoldering coals for your Dutch oven or cast-iron pan.

With its alluring pine-like smell and its easy-going nature, it’s no wonder birch is a favorite at campsites and firepits!