As one of the most common trees in the Pacific Northwest, lodgepole pine is an excellent lumber tree, and its relative availability has led many firewood seekers to ask the question....is lodgepole pine good firewood?

While most commonly known as a lodgepole pine, you’ll sometimes hear this tree referred to as a jack pine or a shore pine.

The latin name for the tree is Pinus contorta, which get its name from the twisted shape of the shore pine subspecies.

The inland variant, however, is what most people think of when they imagine a lodgepole pine. 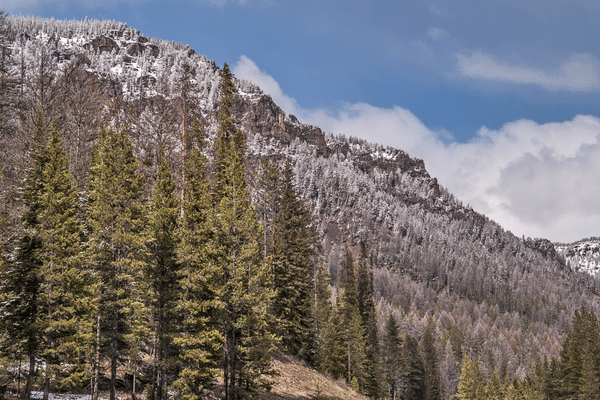 This tall, straight, slender pine is found all over the Pacific Northwest, particularly in drier regions from the high desert to the subalpine foothills.

Its relative abundance in an area that lacks many traditional hardwood trees to source firewood from makes it a logical top choice for those looking for a good source of fuel for their fire pits, fireplaces, and wood stoves.

Lodgepole pine is one of the better firewood choices amongst softwood trees.

But before we get into the specifics of why lodgepole pine is good firewood, it first must be acknowledged that no softwood tree is going to burn quite as well as a hardwood.

Coniferous trees, like pines, grow much faster than their deciduous counterparts, and the result is a trunk that is much less dense, with long columns of sap that transport water throughout the tall trunk. 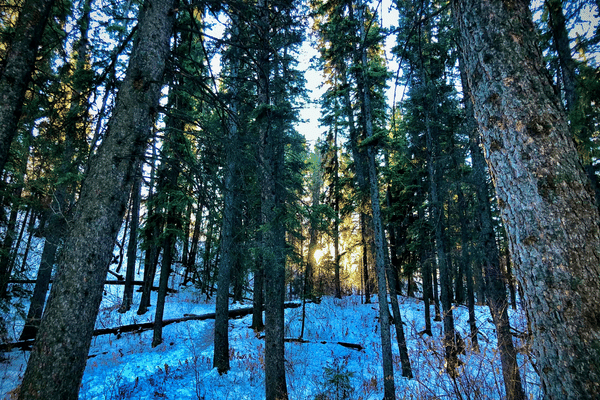 This less dense wood, when burned, can’t match the heat output and burn time of a denser wood from a slower growing tree.

That being said, lodgepole pines are one of the slower growing members of the pine family.

As such, lodgepole pines have fairly dense wood for a pine, and one of the best heat outputs of any pine species.

This fact, combined with the fact that the lodgepole pine is highly prevalent in an area where hardwoods are not, makes lodgepole pine a great choice for everyday firewood.

How To Identify A Lodgepole Pine

The most striking feature of the lodgepole pine is its signature “lodgepole” trunk that has made it a top choice for lumber seekers for years beyond counting.

They grow straight, slender, and tall, and the same density that makes them a good burning wood also makes them strong and sturdy for use in construction.

Today, lodgepole pines are often harvested for use in construction, a practice that dates back to the Native Americans, who sought out the tree for use in the building of their lodges. 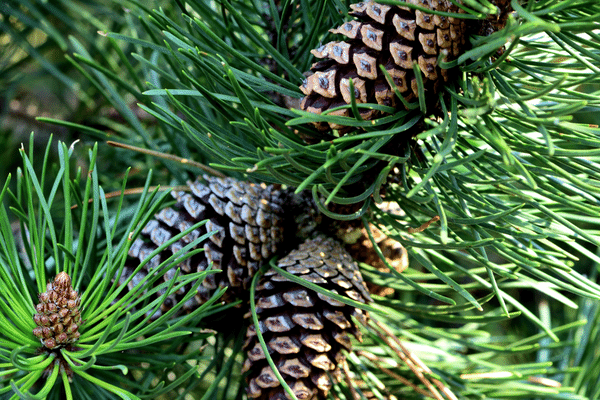 While no longer often used as a central structural beam, the prevalence and affordability of lodgepole pine makes it a common component of composite boards like plywood and pressure treated lumber.

Other than its shape, the primary identifiers of a lodgepole pine are the needle structure and the bark.

The needles of the lodgepole pine grow in clusters of two.

It is one of the only pines in its growing regions with this arrangement of needles, so between that and the trunk shape, the needles are usually a dead giveaway.

Another identifier of the lodgepole pine is its thin, scaly bark, which flakes off easily and ranges from gray to yellowish-brown.

Availability Due To The Mountain Pine Beetle

As I noted before, the lodgepole pine is widely available across much of the Pacific Northwest, with an abundance of trees from the Cascades to the Rockies in nearly every subalpine region. 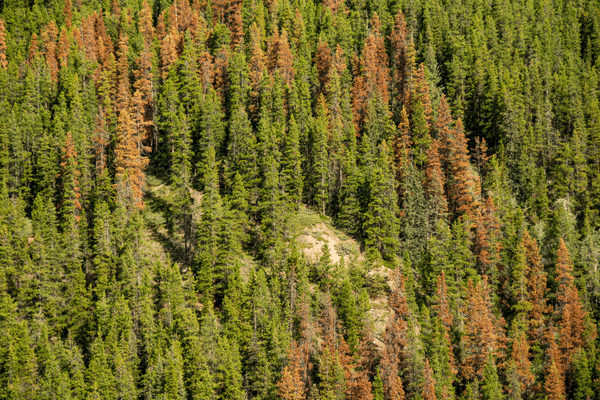 Additionally, lodgepole pines are a favorite food of the mountain pine beetle.

While this is not a great thing for the ecosystem as a whole, it can be a blessing in disguise for firewood harvesters, as finding standing dead and beetle-killed lodgepole pines is fairly common.

If you are out collecting standing dead lodgepole pines, you’ll appreciate the straight, relatively branchless form of the tree, which makes felling and bucking easy.

As with most softwoods, it cuts nicely, but does tend to have quite a bit of sap, which can make working with it a bit of a pain at times.

It has a straight grain structure that is easy to split, but not quite as easy as with less dense pines.

If you’re harvesting a standing dead tree, be sure to season it for at least six months.

For green wood, give the tree a whole year to dry out nicely and get ready for the next winter!

Is Lodgepole Pine Good Firewood For A Wood Stove Or Fire Pit?

So you’ve got your lodgepole pine seasoned and ready, the backyard fire pit is cleaned out and uncovered, the night is just right, and you’re about to get your fire started.

So how does lodgepole pine burn? 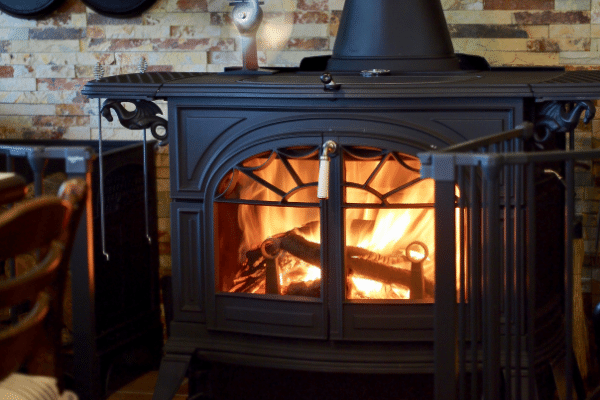 As a denser softwood, it puts off a good but not show stopping amount of heat.

It does have a fair amount of sap, which means it can throw off a bit more smoke than you might like, and you will occasionally hear the popping sound of sap pockets exploding, but not nearly as much as you would with something like firewood from a ponderosa pine.

Lodgepole pine burns quick, making it easy to start up, and a great choice to use for kindling, especially when mixed with a denser wood.

If you are looking to make a fire to cook meats or other food on, I’d recommend sticking to hardwood, but for anything from a fire pit to a wood stove or an indoor fireplace, I think you’ll be satisfied with the performance of lodgepole pine.

Sometimes, the most important thing is availability.

While lodgepole pine will never match the BTU output or the sweet, smoky smell of the best burning firewoods out there, if you’re reading this, it’s likely because there is an abundance of lodgepole pine right near you.

And in my opinion, the best firewood is the one that you’re burning, since that’s what’s providing warmth and enjoyment to you and your family.

If you have plenty of lodgepole pine near you, it's a great option for use in your fire pit, indoor fireplace, or wood stove.

It is one of my favorite softwoods to burn!