If you’re like most people, you’re probably not aware of pinon firewood - it’s not a common tree for many.

Growing primarily in the southwestern United States and Mexico, this tree nonetheless has a lot of benefits - including as firewood.

Read further to discover all that pinon has to offer!

Also known as pinon pine, pinon belongs to the family Pinaceae and the genus Pinus, as are “pines” in many other areas.

Pinon is a very slow-growing tree yet long-lived, sometimes up to 600 years. 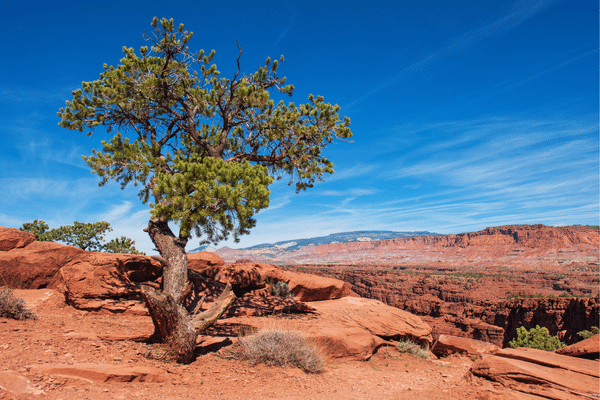 Pinon has many uses, including firewood and pulpwood, but stands out for its medicinal values.

Considered a “super food” pinon needles boast having the highest content of antioxidants known to man.

The pinon seed is a staple for Native Americans eaten as a snack food but is also used widely in New Mexican cuisine.

While these tasty little morsels might not be well known outside their geographic range, they are an important part of the local ecosystem and have a lot to offer in terms of nutrition and flavor.

These trees typically grow to be 20-30 feet tall, with a crown span that is about the same width as the tree is tall.

Pinon trees grow best in dry areas, and can thrive in areas that receive 15 inches or less of rainfall each year.

Again, one of the most notable features of pinon trees is that they produce a seed or pine nut that is very beneficial for both humans and wildlife to consume.

The pinyon jay, a type of bird, is particularly fond of these seeds and often buries them in the ground as a means of storing them. 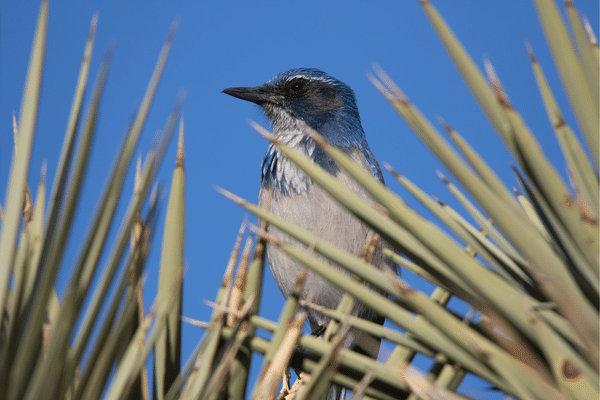 When these excess seeds are left behind by the jay, they often end up in locations that are ideal for regeneration.

As a result, pinon trees are able to regenerate quite easily.

There are many varieties of pinon pine that can be found in the United States.

Listed below are the leading eight varieties:

Splitting pinon is a process that is similar to many of the other pines found in other parts of the United States.

The smoother, knot-free pieces will split quite easily, but pieces that are more challenging to split can be found in the tops of trees.

Many people will use only an axe to split pine into kindling, but when splitting larger, knottier blocks, using a maul can be beneficial. 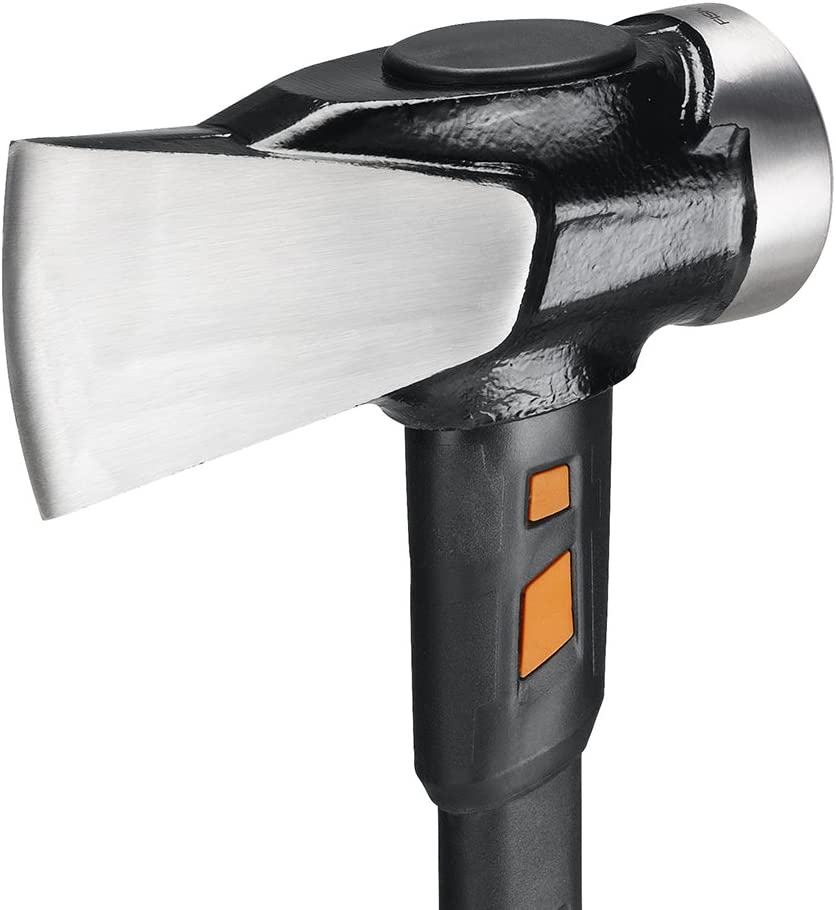 By using a maul, individuals are able to generate more force which can make it easier to split through tougher knots.

In addition, using a maul can help to prevent the axe from becoming stuck in the wood.

Pinon pine is considered to be a "hard" softwood, making it a good choice for burning.

It is most commonly used in outside fire pits and chimineas.

Pinon is a fast-drying firewood, only taking 6-12 months to season under most conditions.

To tell if pinon firewood has been properly seasoned, look for signs of checking or cracking on the wood.

Seasoned wood will also be much lighter in weight than green wood.

When knocked together, two blocks of seasoned wood will produce a clear knocking sound, as opposed to a dull thud.

Following these guidelines will help ensure that your pinon firewood is properly seasoned and ready to use.

Pinon pitch is a resin produced by the pinon pine tree as a reaction to injury. 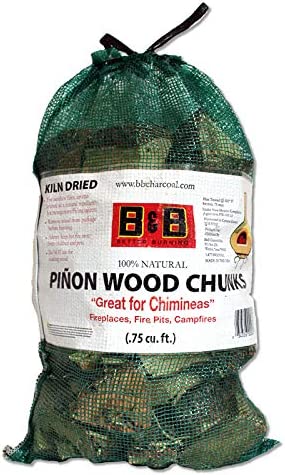 The pitch serves to seal off the wound, protect it from pathogens, and provide nutrients to help the tree heal.

However, the pitch can also cause problems for people and animals who come into contact with it.

The pitch is very sticky and can be difficult to remove from clothing, fur, and feathers.

In addition, the pitch can build up on vehicles and other surfaces, making them difficult to clean.

Pitch can also be dangerous for small animals who may become entangled in it.

Fortunately, there are a few simple ways to remove pitch from surfaces and clothing.

Hand sanitizer or WD-40 can be applied to the affected area and then rubbed with a clean cloth to remove the pitch.

It is a common misconception that all types of pine wood produce a large amount of creosote when burned.

Creosote is a sticky, flammable substance that builds up in chimneys and can cause fires if not properly monitored.

However, pinon wood is different from other types of pine in that it produces very little creosote when burned.

This makes pinon an ideal type of wood to burn, as it minimizes the risk of chimney fires. 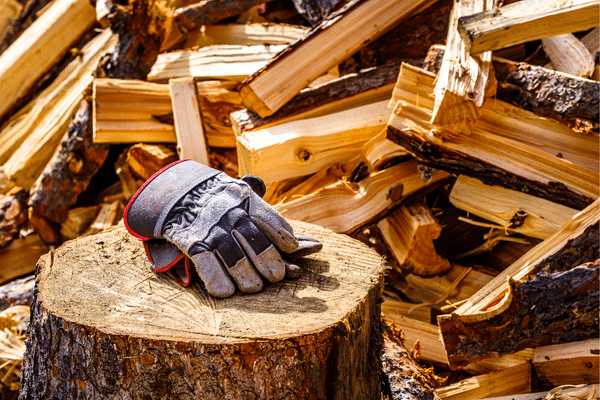 In addition to being low in creosote, pinon wood is also known for its pleasant smell.

When burned, pinon provides a subtle yet refreshing scent that outdoors enthusiasts are sure to enjoy.

Pinon is an exception to the rule when burning softwood as firewood.

Due to its density, pinon is an excellent choice of firewood.

Pinon has an extremely impressive heat rating of 26.1 million BTUs per cord.

This rating surpasses probably all softwoods and many hardwoods as well.

It’s important to note, however, that sparks from pinon can be an issue at times, which includes indoor stoves and especially fireplaces.

Extreme care should be taken when burning pinon inside and outside.

Other Benefits Of Pinon Pine

Pinon wood is a beautiful very light tan color with a reddish hue.

The wood has a very unusual grain pattern that makes it quite distinctive.

The scent of pinon pine is forest fresh and can be very pleasant.

Plus, pinon pine nuts are delicious and nutritious! 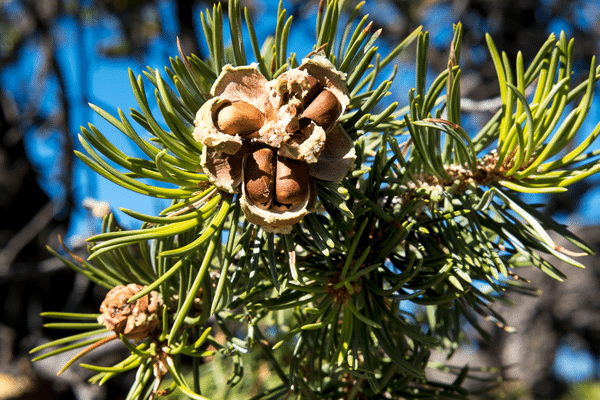 They have a sweet taste and are often used in baking or made into pesto sauce.

Burning pinon firewood in your fireplace or wood stove will not only provide you with superior heat but also fill your home with the wonderful aroma of the forest!

There's nothing quite like sitting around a campfire, surrounded by the fresh smell of pine.

Pinon wood is one of the best choices for creating this ambiance.

Not only does it produce a pleasant aroma, but it also burns hot and clean, providing plenty of warmth.

Pinon is also a great choice for cooking.

The distinct flavor of pine will add a touch of the outdoors to whatever you're preparing.

Whether you're looking to create a cozy atmosphere or add some flavor to your food, pinon is sure to please.

Although it is mostly known for its wood, which is often used for firewood or charcoal, pinon has many other uses as well.

For instance, the pulp from pinon trees is used in the papermaking industry.

Pinon nuts are also edible and have been used by Native American tribes for centuries. 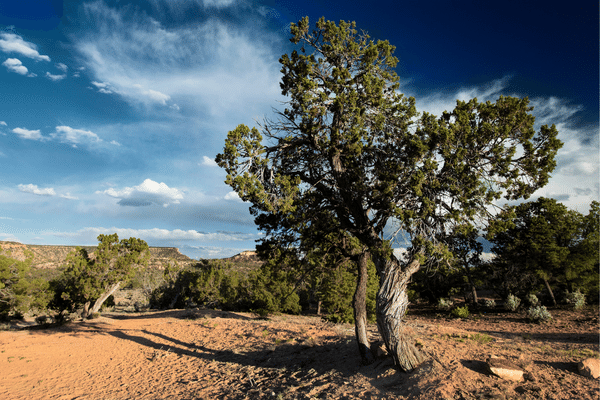 In addition, the needles from pinon trees can be brewed into a vitamin C-rich tea, and the sap from the tree can be used as a natural antibiotic salve.

In fact, the sap or pitch from a pinon pine is a very widely used salve in the treatment of burns, insect bites, sunburns and many other minor skin abrasions.

Pinon sap is a natural antiseptic.

Buying pinon firewood is probably going to be challenging unless you are located in the southwestern US.

Unfortunately, pinon is not native to most parts of the United States so purchasing pinon pine online is probably the easiest way to enjoy the wood.

Should you live in the southwest, local firewood vendors should carry pinon as it is common in those locations.

Nevertheless, pinon pine a valuable source of firewood, having outstanding heat efficiency and output of BTUs.

It is also highly valued as an edible species, with both the needles and nuts widely sought after by humans and wildlife.

As you can see, pinon pine is an outstanding gift from Mother Nature!