There are pros and cons to using elm as firewood as we will soon see, but thanks to Dutch Elm Disease, there's never a shortage of dead elm trees to choose from.

When I head to the woods to cut our firewood, I typically don’t cut down standing healthy trees.

Instead, I look for windfall, which are the trees and limbs that came crashing down in the past season’s storms. 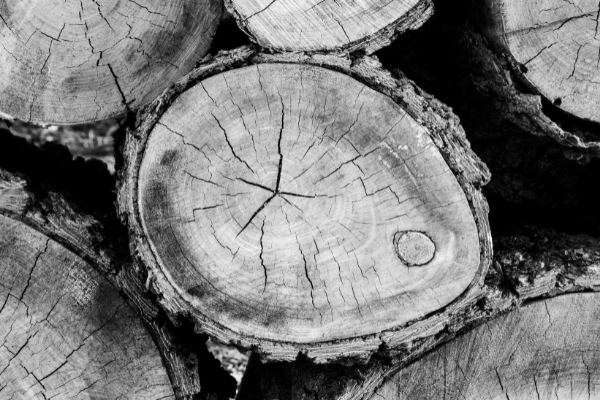 I view cleaning up the windfall as part of good woodlot maintenance, but it also means you get what we get when it comes to firewood.

After all, you can't just choose which trees will die, or blow down and create next years firewood.

Will elm firewood produce enough heat to warm your home or make a pleasant fire inside a fire pit?

Yes, but it doesn't exactly mean it's the best firewood choice.

Elm Trees And Their History

As a species, elms date back as far as 20 million years.

The trees likely originated in Asia and slowly spread across the Northern Hemisphere, populating Europe and North America.

Although elm trees grow naturally in the woods of the United States and Canada, this species was quite popular with urban planners of the late-1800s and throughout the 1900s. 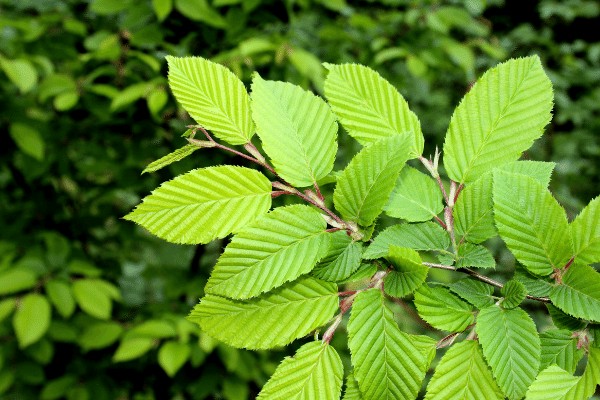 In fact, several species of elm are quite lovely, with sprawling branches and yellow fall foliage.

They were the go-to trees to plant on either side of boulevards because the upper boughs spread toward each other to form a tunnel effect.

Is Elm Good Firewood To Burn?

All wood begins to rot when it comes in contact with the ground.

Moisture, bacteria, insects, and foraging animals break down the plant cells in the wood until it disintegrates into loose, dusty particles.

Trees that have succumbed to Dutch Elm Disease, however, often remain standing even though they are dead.

These dead elms start their seasoning/drying out process while upright, so they aren’t prone to rot like fallen trees.

Elm-bark beetles get much of the blame for Dutch Elm Disease, but they are merely the vector.

The real culprit is a destructive micro-fungus that infects elm trees.

The fungus is spread from tree to tree by the beetles.

Millions of elms in the recent past were killed because of Dutch Elm Disease but today, disease-resistant trees are helping the species enjoy a comeback. 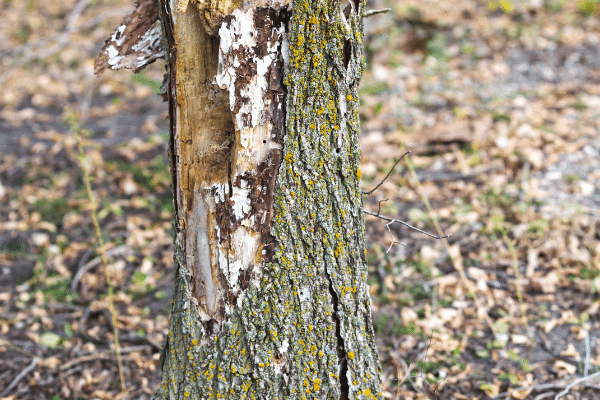 While this is good news for the species as a whole, the standing dead elm trees in your woodlot can be a pro for woodcutters.

If you can safely down the tree, you will be rewarded with firewood that is seasoned – or well on its way to being seasoned – but not decaying.

Personally, I feel that it is in the best interest of the woodlot to remove standing dead elm trees.

If a strong storm rolls through, the winds could topple the dead trees, taking down healthy ones in the process.

Removing infected elm trees, especially ones with the bark still on them, is also a key step in slowing the spread of Dutch Elm Disease.

The bark beetles make their homes in the tree bark so eliminating their habitat, you will be reducing the spread of the disease.

So, it is the responsible thing to do to cut down standing dead elm trees, for the health of your woodlot and the prevention of disease.

But, that doesn’t really answer the question, “Is elm good firewood?’

To find out, we should examine a few more aspects of the wood and whether or not it's the best firewood choice.

Is Elm Good Firewood To Split?

Is elm good firewood to split?

Elm trees have an interlocking, cross-grain structure that give the wood a stable, yet uneven composition.

This is great if you plan to use the wood to make coffins – as was commonly the case in the past – but not so good if you want to use elm as firewood.

Whether you use a splitting maul or a log splitter, you will find that elm wood doesn’t come apart without some muscle, thanks to its stringy interlocking wood grain structure.

If you do plan on splitting elm by hand, a high quality splitting axe like the Fiskars x27 is a great choice.

Is Elm A Hardwood Or A Softwood?

Just where does elm sit on the ranking of hardwoods?

Elm is a soft hardwood, which sounds a bit like an oxymoron.

Elm is technically a hardwood, but it is one of the softer hardwoods out there.

It is on a par with some pine and soft maples.

Oak, black cherry, and ash are much harder woods and better for burning.

Despite its status as a soft hardwood, elm wood produces decent coals when burned.

A firewood’s coaling ability affects how long the fire will burn.

The unique, and frustrating, interlocking grain in the elm wood aids in its ability to produce hot, long-lasting coals.

Elm wood still doesn’t stack up against dense hardwoods like hickory, beech, and oak, but it outperforms sycamore, aspen, and pine. 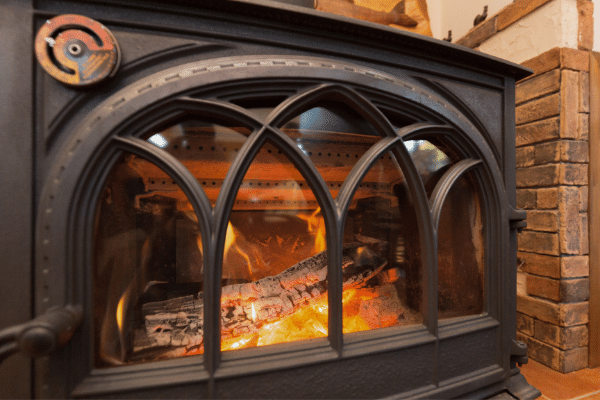 Firewood and other forms of heat are measured in British Thermal Units, or BTUs.

Basically, one BTU is equal to the amount of heat needed to increase the temperature of water (one pound of water, to be precise) by one degree.

In firewood, the higher the BTU, the better the heat output.

In this department, elm wood is a middle-of-the-road contender.

Although the BTUs vary slightly among elm varieties, most hover around 20.0 million BTUs per cord of wood.

Elm firewood is not a top performer, but it will get the job done.

Elm wood is not the worst firewood for smoke production, but it is not as clean burning as oak.

You know, of course, to always burn properly seasoned firewood, but elm wood may take a bit longer than most to thoroughly dry out.

Again, we can blame that interlocking wood grain for holding on to moisture.

Elm firewood should season for two years or more – even standing dead elm.

Wet elm is horrendous to burn and can get quite smoky. 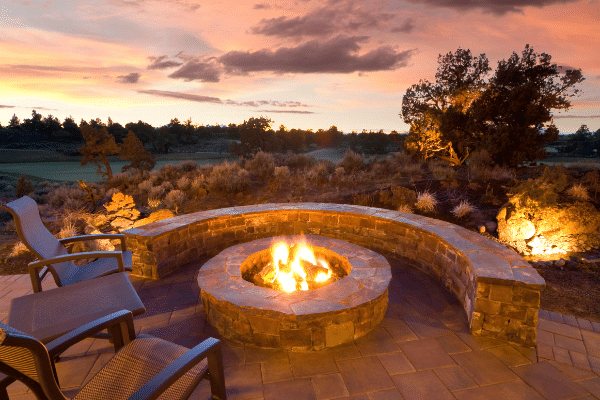 Some freshly cut firewood is quite fragrant.

In fact, they make candles that mimic this scent.

Hickory, cherry, and apple wood have such pleasant aromas that they are used to smoke meats.

Not so with elm.

The smell of elm wood is rather unpleasant … more so if the trees grew near swamps.

The porous elm wood seems to hold in the odors from its surroundings.

As a result, elm can be stinky and so can the smoke from burning elm wood.

Back to our original question, is elm good firewood?

With cons that far outweigh the pros, we can answer this question with a shrug and a “meh.”

There is certainly much better wood you can be burning that is easier to split, will give you more BTUs, and have a nicer aroma.

However, standing dead elm trees are commonplace, the wood is somewhat seasoned, and removing these dead, diseased trees is the responsible thing to do to maintain the overall health of your woodlot.

Personally, we reserve elm wood for the bonfire pit out back and stick to the better-quality wood for the wood stove, but the wood is more than qualified to heat your home, especially when mixed in with higher quality firewood types.